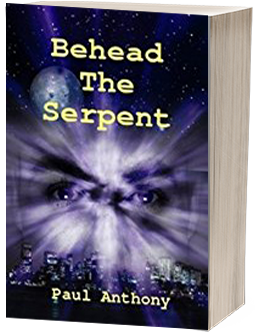 Compromising photographs discovered in a vacant office in central London are not immediately connected to a ferocious attack on Davies King. But when the campaign against the chief of detectives and his closest friends turns to blackmail, it becomes personal.

A series of horrendous bomb attacks and brutal shootings convince Davies to discharge himself from hospital and confront the two ‘most wanted’ criminals in the United Kingdom.

Disillusioned with a temporary chief constable, and anxious to relieve Max, a stressed-out bomb disposal officer, the chess-playing detective joins forces with Admiral Julian Crow of British Intelligence to challenge the megalomaniacs who are holding the nation to ransom. Faced with severe consequences, Her Majesty’s Government announce a Tier One threat level as the lights across the south of England are extinguished and parts of Europe and North America face the reality of the first stages of society’s breakdown – Dystopia.

It’s a simple question to answer. Does the country pay the ransom or do the lights go out? It’s not rocket science, but who makes the decision, and why?

Reader’s Review:  The author captures the characters of rogue superspy Mansfield de Courtenay Baron — “The Baron” — and former-IRA soldier Conor O’Keefe to such a degree that you might feel they really are the real-life most wanted men in the United Kingdom.  Featuring a chess-playing detective – who runs his office from the Anchor pub – and his unique team of down to earth detectives, this is a fabulous story. It’s a well-written novel that touches upon the cyberwar at a time when little is known of same by the general public. But to do so, the author uses his obvious professional credentials and takes the reader on a breathtaking adventurous journey across the globe. This is pretty damn close to the real thing. Frighteningly so. Love it…. Kennedy Keighley, writer and publisher.