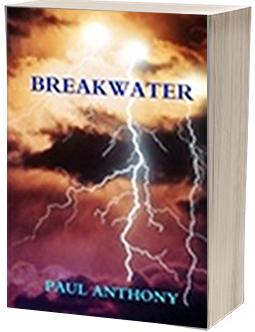 When an unexpected earthquake in the English Channel unwittingly presents the secrets of the past, a trail of bribery, corruption, kidnap and murder entangle the south coast detective, Davies King.

As the mystery deepens, Davies investigates the connection between the escape of a handful of petty criminals from a prison van; a vicious murder, the unidentified treasures of a sunken ship in the English Channel, a corrupt American politician, and ‘organised crime’.

Will Britain’s most annoying petty criminals outwit the stressed-out detective? Faced with overwhelming odds, the exhausted Davies King must come to terms with failure and re-ignite ‘loyalty’. On the doorstep of failure, the detective enlists the help of ‘Special Forces’ when he recognises an emerging catastrophe which is likely to destroy the foundations of an Anglo-American agreement, The so-called special relationship is in danger of collapsing. But loyalty is the last stand and it’s beyond his control. He needs a rock to support him: Annie Rock!

Reader’s Review: Another excellent page turner from the pen of Paul Anthony. He grips the reader on page one and never lets you go until the end. Brilliant crime writing that ranks with the best of them.
Pauline Livingstone, Reader, editor, and book critic