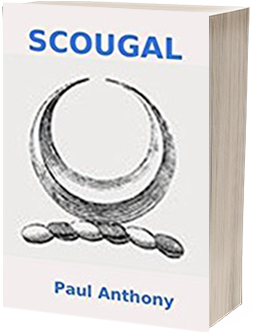 A Global book for a Global family….
This is a true story which traces the Scougal family of names to the land of their origin. From the beginning of recorded history this book visits ‘Scougal’ in South East Scotland during the Iron Age before identifying the real roots of the family name. Via Mynddog the Wealthy, the Votadini tribe, the Roman occupation, the Anglo Saxon Invasion, the Old North of ‘Hen Ogledd’, Bernica, the Angles, the Norman Conquest, Magna Carta, and the wars of Scottish Independence the work dissects the history of our people. To penetrate the Scougal heritage the Battles of Carham, Bannockburn and Flodden are examined. Along the way we examine the oldest Royal Charter in British history to find a Scottish King who ceded the lands of Scougal to our ancestors. Then, gradually, the book traces the migration of the Scougal family of names across the globe as the impact of Scougal in America, Alaska, Mexico, Canada, Australia, America, South Africa, and elsewhere is assessed. Finally, we raise individual Scougals from across the planet and visit timelines produced by the people who carry that name tag. From religious offices to military postings, and from land owners to Royal painters, this novel highlights those who carried the name and made history as well as those who shamed the name and regret it. We even touch upon the horros of ‘Hiroshima’. If you are interested in how the local fits into the global this is a history book for you as well as a book of true genealogy. If you are called ‘Scougal’ – it really is a ’Mustread’.

Extract:
You will not find the future in this book. You will only find the past. You are the future….
… No one person makes a name, a family, or a family of names. Such an entity is made from a million little pieces that are brought together over time to frame and develop ‘someone’. We are merely pieces in the jigsaw of life but when we are counted, sorted, itemised and individualised we can – as you have seen – really make a difference to the life and times in which we live. We can contribute, aspire, inspire, and make the world a better place in which to live.