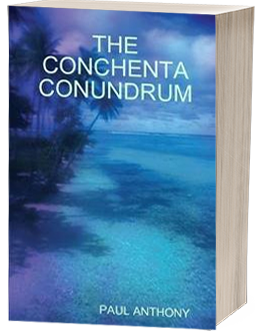 Two beautiful and mysterious women are murdered in the same week. The local police chief believes the killings are the work of one man and instructs his officers to bring about a swift conclusion to the investigation. Davies King, the hardnosed, chess playing detective, reckons the game is much more complex and refuses to accept an apparent checkmate.

With the odds stacking up against him, Davies tries to shuffle all the pieces and capture the guilty party before an innocent man is wrongly arrested. But the clock is counting down, there’s a bomb explosion imminent, he’s running out of time, and innocence is about to be tarnished forever.

With enigmatic characters that are credible and authentic, it doesn’t take long to become engrossed in a well crafted and gripping plot. Paul Anthony’s mesmerizing conspiracy carries the reader all the way and skilfully builds to an exhilarating and explosive finale.

Reader’s Review: This book captured me on page one, The pace is exciting all the way through. The story is actually told against the background of two murders and a jewel robbery. Other plots and subplots are apparent and include the lives of the other fascinating characters mentioned in the story.  I really enjoyed it.  Recommended reading. You can’t go wrong with this one.              Moira Adams, Reader