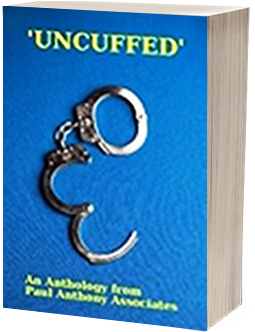 An Anthology from retired and serving police officers from the United Kingdom and the United States of America whose collective experiences are almost too many to count.

This has resulted in an eclectic mixture of short stories, poems, rhyming narrative and other short works which stretch from fantasy and young adult, to romantic through to satire and gritty crime thrillers.

There is something for everyone. From literary prose to contemporary procedurals. There is a wonderful depth and array of reading pleasures here waiting to be consumed.

Showcasing writers from both sides of the Atlantic – some already published, and some soon to be so. This only whets the appetite of what is still to come.

With proceeds going to a fine charity, ‘COPS’, (Care of Police Survivors) which tirelessly help survivors of officers who have lost their lives protecting us all.